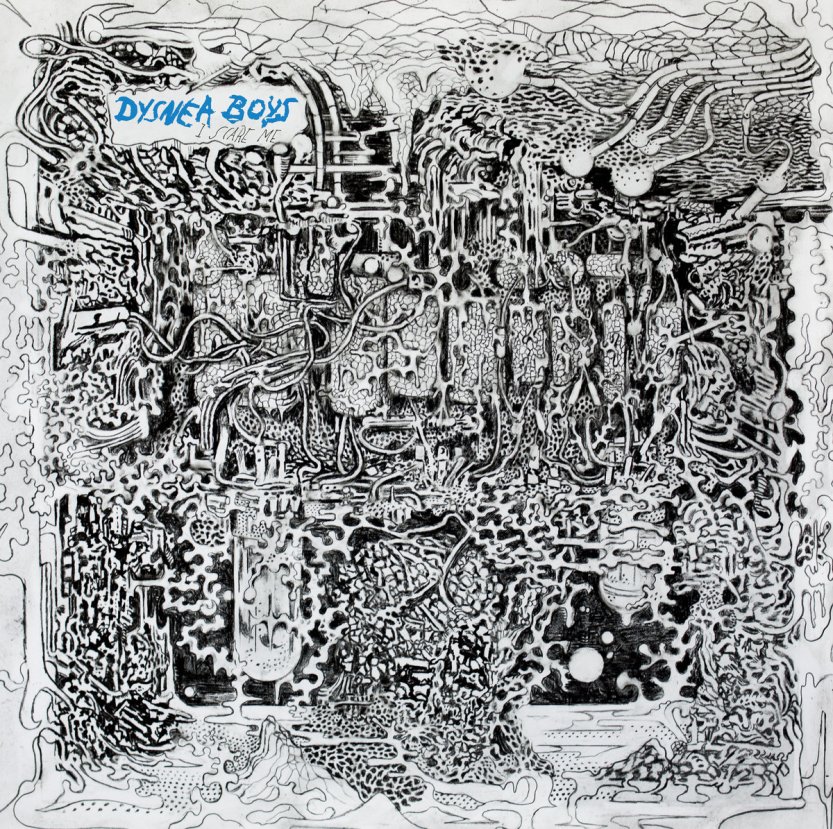 Following 2016’s ‘Forgot How To Read’, DYSNEA BOYS fronted by Jason Honea, former vocalist of the legendary SOCIAL UNREST as well GRIM REALITY, TEN BRIGHT SPIKES and many others, comes this second full length from this Berlin based outfit featuring a German, a Canadian, a Scot and an American.

They specialise in less-than-two-minute stabbing blasts of sharpened art punk that hangs off the guitar, with a keen ear for an askew melody and an off-balance structure. Falling halfway between punk legends THE FLESH EATERS and RHYTHM PIGS, they evoke equal parts early Los Angeles and Bay Area punk, with a tension reminiscent of early DEAD KENNEDYS on songs like ‘Daytime TV’.

Honea’s lyrics bark out like half-crazed Darby Crash manifestos from a found notebook from a truck stop restroom, halfway through a long dehydrated van journey on the way to a gig with the MEAT PUPPETS. They hit the melodic button at times, and on songs like ‘Come Fall’ they evoke the greatness of Honea era later SOCIAL UNREST. And to top off the punk authenticity the cover art looks just like an 80s hardcore sleeve by Vince Ransid or R.K. Sloane.

If DYSNEA BOYS had been around in 1984, they probably would’ve fit in nicely with the roster of THE MINUTEMEN’s New Alliance Records, or would’ve wedged neatly between THE GERMS and MODERN WARFARE on one of the ‘Life Is…’ compilation LPs on ANTI’s New Underground Records.

It’s that not a good recommendation for you, then I don’t know what is.