The third album by these Leeds veteran punks that came together with the intention of bringing a noise akin to their favourite DC bands of old, specifically the driven melodic hardcore of GOVERNMENT ISSUE and DAG NASTY. Unsurprisingly, they achieved this aim early on, but three albums deep, it’s become a far more realised ambition.

Add to this heady brew Steve Stewart’s (THE HORROR etc.) throaty vocal rasp, and the layered guitars and intricate structures leave you with an aftertaste not unlike RED HARE and SWIZ, as well of course a generous dash of THE DAMNED when they were waiting for the blackout.

Also notable here is the Coulthard/Tomlinson guitar partnership, who both accurately convey the six string aplomb of GI’s Tom Lyle, careful to include the chiming nuggets of 60s garage psych he also employed. This level of detail was not lost on this lot.

There’s something about the mix, the warmth and the instrumental interplay, that along with Steve Stewart’s vocals cutting right through the middle, creates a hair-standing-on-end master class in mid 80s… what people then used to call… progressive hardcore with both grit and tunes.

The two songs from their previous 7″ reappear on this eleven song album, and set closer ‘Swamp’, a five and a half minute brooder, underpinned by the Robbins/Moffett standard rhythm section of Kinloch/Richardson, is a real standout curtain call bringing to mind some other greats of old; THE PROLETARIAT and NAKED RAYGUN.

All in all, JADED EYES, like all good bands rising to their own challenge, go from strength to strength with each new release, and to be honest it’s getting to the point where I’m not sure where the hell they can go from here. 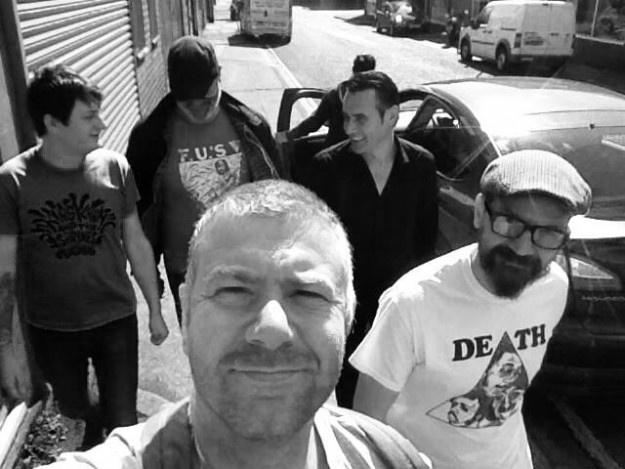